French startup Spendesk has announced earlier today that it has raised a $118 million funding round (€100 million) led by General Atlantic. Overall, the company has raised $189 million (€160 million) since its inception.

Spendesk, as the name suggests, focuses on all things related to spend management. Originally founded in startup studio eFounders, the startup first offered virtual and physical company cards for employees. While corporate cards are quite popular in the U.S., many small and medium companies in France can’t give a card to every single employee.

That’s why spending your company’s money can be a cumbersome process. You can borrow your boss’s card but they’ll have to trust you with it. You can pay with your own personal card but you want to be reimbursed as quickly as possible.

By combining a SaaS platform with corporate cards, it opens up a ton of possibilities. For instance, you can create an approval workflow for expensive purchases. You can set different budgets for different teams.

Over time, Spendesk has expanded beyond cards to manage expenses and invoice processing. It tries to automate some repetitive accounting tasks as well. Employees are automatically reminded that they have to attach a receipt for each transaction. You can export everything to Xero, Datev, Sage, Cegid or Netsuite.

If that pitch sounds familiar, it’s because there are a handful of European startups that are all doing well in this field. Soldo recently raised $180 million while Pleo snatched $150 million at a $1.7 billion valuation.

And yet, Spendesk doubled its revenue over the past year. Its team grew from 150 to 300 employees and it plans to double its headcount again over the next couple of years.

It means two things — the market opportunity is important and many customers are switching from old school workflows to modern SaaS products. That’s why three startups can grow at the same time.

“Traditionally, finance teams haven’t been equipped with the tools that can support this transformation,” Spendesk co-founder and CEO Rodolphe Ardant said in a statement. “In the past few years we have built the reference spend management solution for finance teams in Europe, which frees businesses and their people from administrative constraints of spending and managing money at work. While our solution is about empowering finance teams, we are actually delivering value to the entire business through the finance team.” 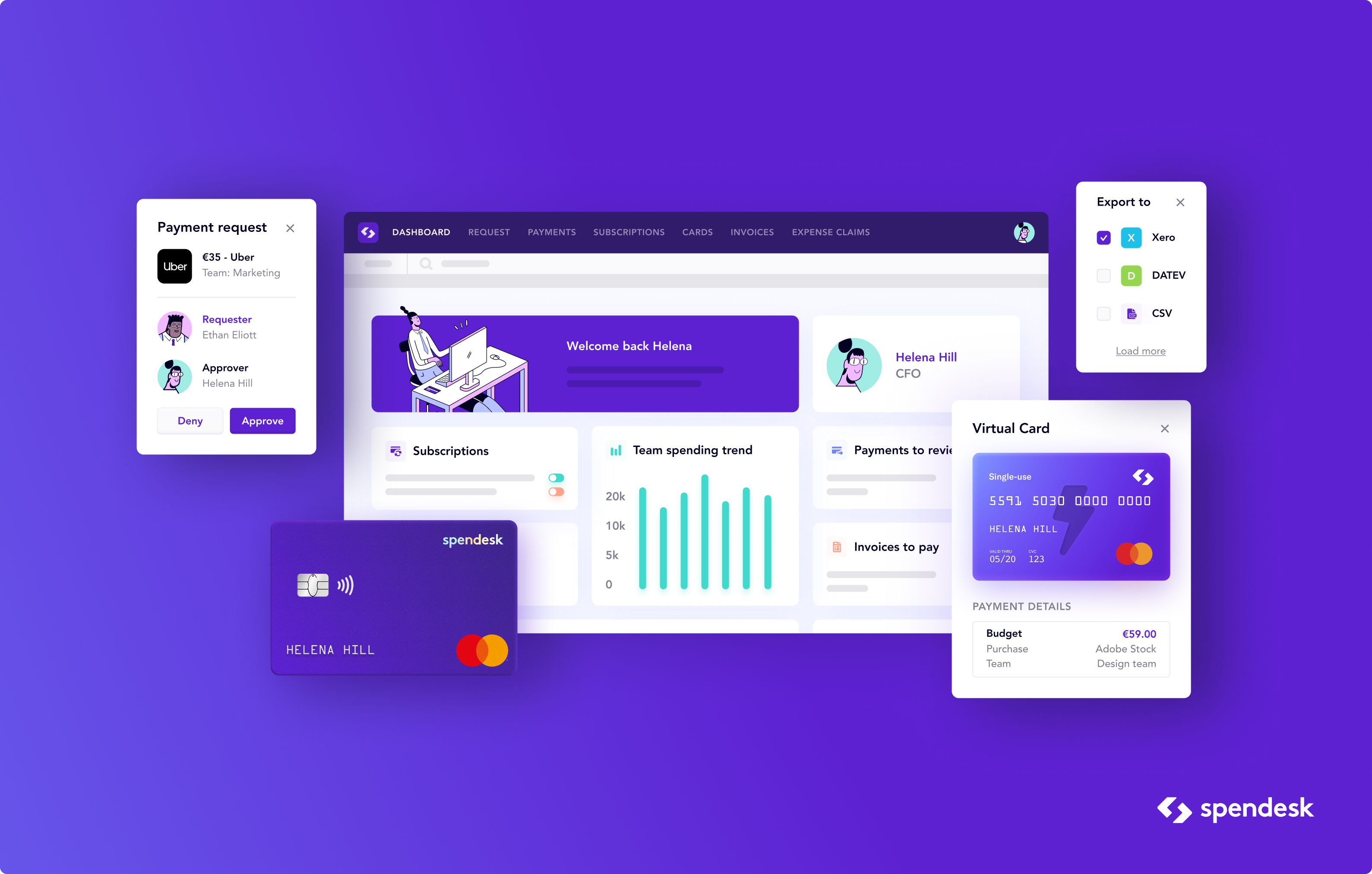