Amazon, which already charges some of the world’s lowest fees for Prime Video in India, is going a step further to win more users in the world’s second largest internet market.
The e-commerce giant on Saturday launched miniTV, an ad-supported video streaming service that is available within the Amazon shopping app and is “completely free.” miniTV is currently available only in India, Amazon said.

“Viewers will be informed on latest products and trends by tech expert Trakin Tech, fashion and beauty experts such as Sejal Kumar, Malvika Sitlani, Jovita George, Prerna Chhabra and ShivShakti. Food lovers can enjoy content from Kabita’s Kitchen, Cook with Nisha, and Gobble. In the coming months, miniTV will add many more new and exclusive videos,” the company added, without sharing its future roadmap plans.

miniTV is currently available on Amazon’s Android app, and will arrive on the iOS counterpart and mobile web over the coming months, Amazon said.

Amazon’s move follows a similar step by Walmart’s Flipkart, the company’s chief rival, which rolled out video streaming service within its app in 2019. In recent years, scores of firms in India including Zomato have explored adding a video streaming offering to their own apps.

Amazon has also aggressively pushed to expand its Prime Video offerings in India in recent quarters. The company — which partnered with Indian telecom network Airtel earlier this year to launch a new monthly mobile-only, single-user, standard definition (SD) tier (for $1.22) — has secured rights to stream some cricket matches in the country. Amazon also offers Prime Video as part of its Amazon Prime subscription in India. The service is priced at 999 Indian rupees ($13.6) for a year and also includes access to Amazon Music and faster-delivery.

Prime Video had over 60 million monthly active users in India in April, ahead of Netflix’s 40 million users, according to mobile insight firm App Annie (data of which an industry executive shared with TechCrunch). Netflix, which spent about $420 million on locally produced Indian content in 2019 and 2020, announced earlier this year that it will invest “significantly more this year” in India. But in the company’s recent earnings call, founder and co-CEO Reed Hastings said investment in India was more “speculative” than those in other markets.

Times Internet’s MX Player had over 180 million users during the same period, and DIsney+ Hotstar had about 120 million. The firms’ biggest competition in India is YouTube, which has amassed over 450 million monthly active users. 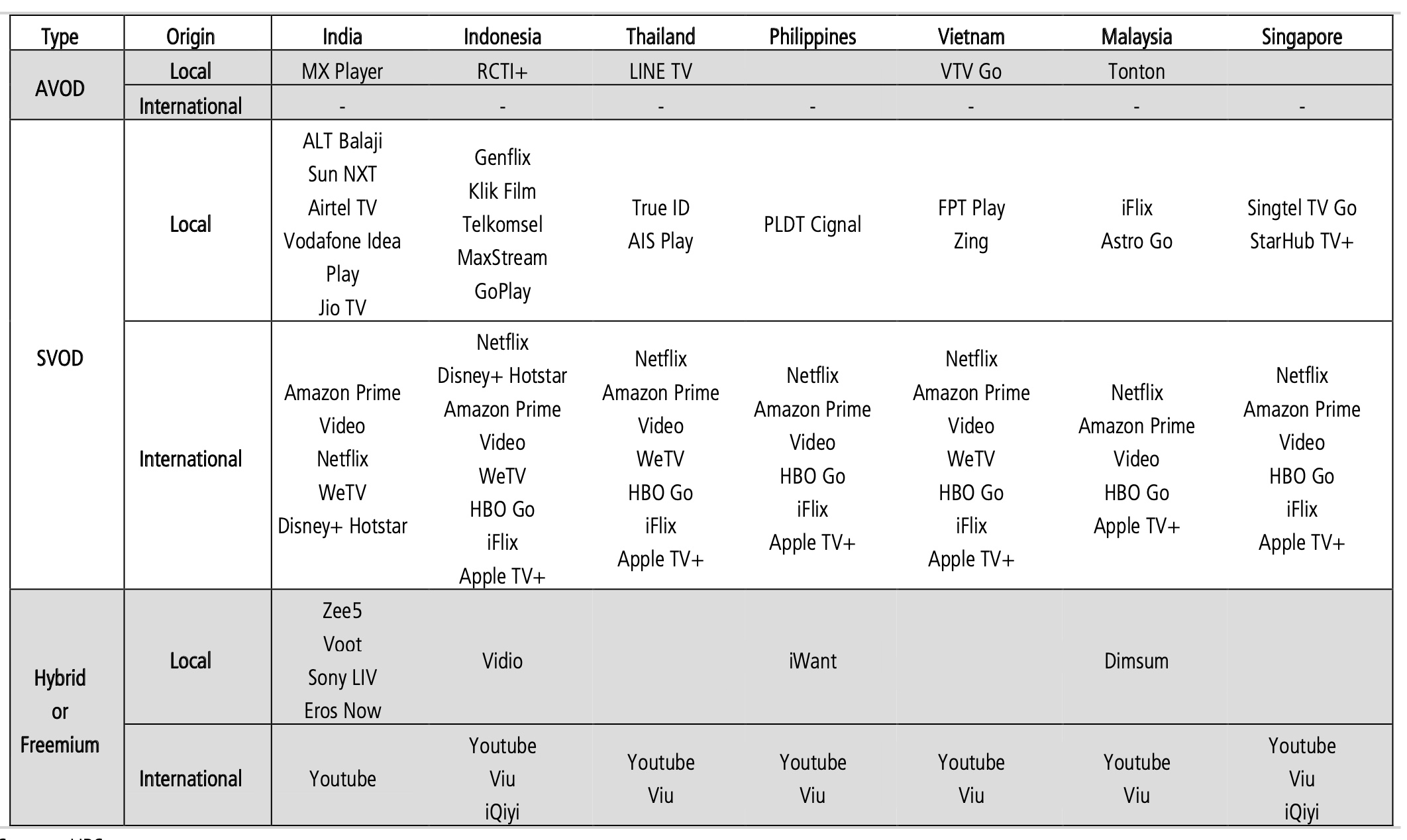 The video streaming market in “N2B” countries — the nations with the potential to help firms find their next two billion users. (UBS)